Much publicised, for good and bad reasons, Universal Credit has yet to see the light of day - so what happened?

Does anyone remember Universal Credit? The much publicised savior of the welfare system – it was lead by MP Iain Duncan Smith (IDS for short) and would replace a plethora of benefits, credits and allowances. So, where is it?

According to the Government, Universal Credit was being phased in to replace the following benefits, allowances and tax credits:

All of these would be re-jigged to be paid out in circumstances where being in employment keeps the claimant better off (financially) than staying out of work and receiving Universal Credit. The idea was to have a 65 percent ratio, where for every extra pound claimed, no more than 65 pence would be reduced from an existing claim payment.

A new online system to keep track of claims would be implemented in a sweeping change where everything is linked together and thus reduces chances of error and, of course fraud.

It would be administered by having all of the above amalgamated into a single monthly payment, paid directly into the claimant’s bank account.

Initially set to be phased into existence between 2013 and 2015 (but now on a new schedule), Universal Credit has been plagued with failures, incompetence and huge wastes of money. The original plan was scrapped, along with £600 million already spent as the computer system used to carry out the increasingly complex calculations required, was not fit for purpose. It was required to make calculations, which are based not only upon the circumstances of the applicant, but of other people within the applicant’s household.

One million people were to be switched over to Universal Credit by Autumn 2014, but the actual number stands at around 12,000. As of now, the only sight in public is the computer systems in 2 percent of the country’s Job Centres – and even then only claims for single people are possible.

This new schedule now states a full roll-out will not be possible until 2017, this means a techno version of the Universal Credit website is not seeing the light of day until 2016. In 2014, just 100 claimants will be trialing it.

There is a calculator on Walleto.co.uk to break down Universal Credit and compare it with existing benefits – it was designed and implemented back in 2013 under the original set of rules and is still available to provide insight for people wishing to see what they are eligible for.

As of writing, the following areas are switched over to Universal Credit:

Update! At today's 2014 Conservative Party Conference in Birmingham, Iain Duncan Smith stated that Universal Credit was on-track and will be ready for 'every' Job Centre in the UK by the end of the 2015/2016 tax year (April 2016). 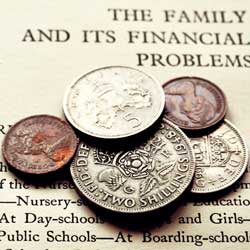